We asked an unsuspecting dealer to drop the piece off at PSA/DNA when he brought some of his items in for review. We did not tell him that it was a laser print, for fear that he would not be able to act casual when he met with them. Would they notice the nagging little fact that the piece is a laser copy?
The piece has a new sticker on the back.
That’s right. It passed. The folks at PSA/DNA must have read JSA’s advertising. They did “follow the leader”. They followed JSA’s example and certified a laser copy as an original signature. The certificate can be verified at www.psadna.com 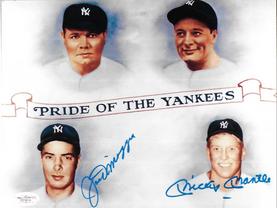 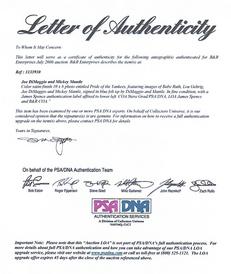 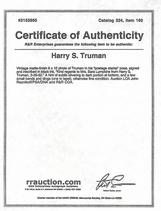 The item is confirmable at www.SpenceLOA.com. There’s one main problem with the piece. The JSA certificate states the following: The PSA/DNA certificate states the following: Apparently, during this period when the photo was “thoroughly examined”, neither JSA nor PSA/DNA noticed that the photo is actually a laser print copy of the original. The signatures have not been added to the photo, but are actually part of the photo. The signatures were printed onto the photo paper when the rest of the photo was printed onto the photo paper.
The writing instrument is listed as “felt tip marker”, when the more accurate term would be “laser printer”.

Earlier this year, an associate of ours brought a few items to our attention. He was in the possession of two pieces that had been auctioned off at R&R Auctions, and he had encountered an issue. Because of some information he had come across, he no longer believed the items were real.
He took the items to a laboratory and had his fears confirmed.
The first item is a color 8x10 photograph signed by Joe DiMaggio and Mickey Mantle. 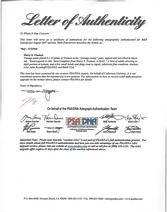 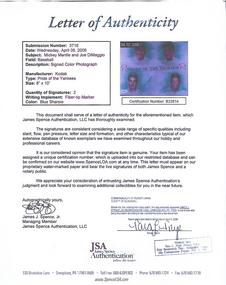 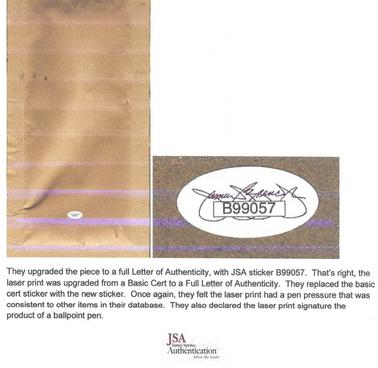 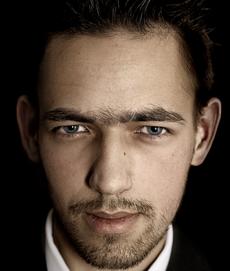 They upgraded the piece to a full Letter of Authenticity, with JSA sticker B99057. That’s right, the laser print was upgraded from a Basic Cert to a Full Letter of Authenticity. They replaced the basic cert sticker with the new sticker. Once again, they felt the laser print had a pen pressure that was consistent to other items in their database. They also declared the laser print signature the product of a ballpoint pen.
Your Certificate Is Valid
Certificate Number: B99057 Signer: Allie Reynolds Field: Baseball Description: Signed Cut Manufacturer: Not Visible Type: Framed w / NYY Black & White Photo Size: 3" X 5"H Number Of Signatures: 1 Location: Blank Writing Implement: Ballpoint Pen Color: Blue

The item is confirmable at www.SpenceLOA.com.


JSA even went so far to say that, among other factors, the pen pressure was consistent with known samples in their database. Pen pressure? On a laser print? How is that possible? Does that mean that they compared it to other laser prints and it was consistent with them?
This situation made us wonder how JSA and PSA/DNA could have missed the fact that the photo was a laser copy. 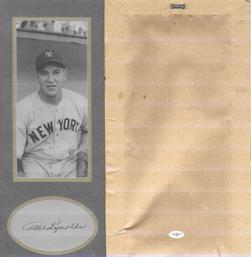 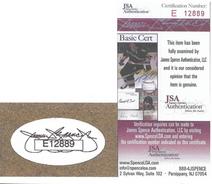 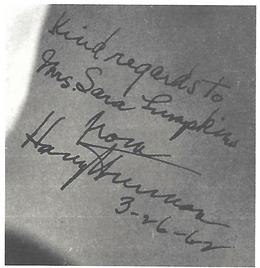 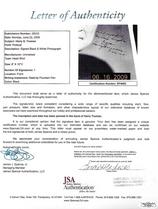 We decided to take our test one step further. Since PSA/DNA had certified the Joe DiMaggio and Mickey Mantle laser print after JSA certified it, we wondered if the opposite would occur. Would JSA certify a laser print after PSA/DNA had certified it, or would they notice that it was a laser print when they “thoroughly examined” the photo?
Certificate Number: B74682 Signer: Harry S. Truman Field: Political Description: Signed Black & White Photograph Manufacturer: Unmarked Type: Head Shot Size: 8" X 10"V Number Of Signatures: 1 Location: Front Writing Implement: Steel-tip Fountain Pen Color: Black Notes: The inscription and date has been penned in the hand of Harry Truman.
The item is confirmable at www.SpenceLOA.com.
Once again, JSA even went so far to say that, among other factors, the pen pressure was consistent with known samples in their database. Pen pressure? Once again, on a laser print? How is that possible? Does that mean that they compared it to other laser prints and it was consistent with them?
What did the JSA certificate mean when it stated that “The inscription and date has been penned in the hand of Harry Truman”? Were they referring to the original, which they did not examine, or the laser print that they did “examine”?
We wondered if this was an isolated situation, and then we found the answer. Unfortunately, it does not seem to be an isolated situation. 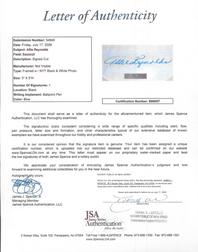 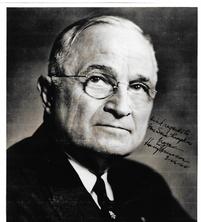 PSA/DNA and JSA CAN THEY TELL REAL FROM FAKE

This Harry Truman 8x10 photo was also auctioned off at R&R Auctions. It was auctioned off with both a PSA/DNA certificate and an R&R certificate.
Unfortunately, it is also a laser print.
The inscription and signature are, once again, printed onto the paper. They were part of the photo, as it was printed onto the photo paper.
What did the PSA/DNA and R&R Auction certificates mean when they both reported that the photo was “signed and inscribed in black ink”? Were they referring to the original, which they did not examine, or the laser print that they did “examine”?